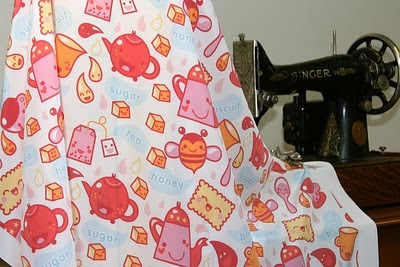 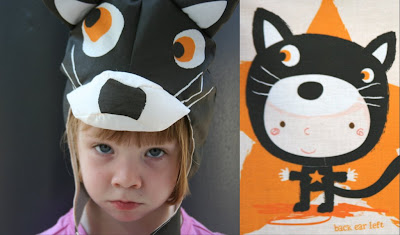 After winning the 'fabric of the week contest' on Spoonflower with my funny cat mask...i've won also the 'Kawaii contest'. I still can't believe this. Thanks to all who voted for my design!

written by Stephen from Spoonflower.com:
'We have a new Spoonflower celebrity designer on the rise: Deborah van de Leijgraaf of The Netherlands has won her second contest in a row, and her third this year, with "Tea Time!" The competition this week was all about cuteness -- kawaii in Japanese -- and the field of entries was terrific as well as being unusually large (160 fabrics). When I emailed Deborah last night to let her know that she'd won, she emailed back to say that she was dancing around the house with joy, no mean feat given that she is 38 weeks pregnant. Wow! Congratulations, Deborah.'
Gepost door Deborah van de Leijgraaf op 06:28

Keep up the good work!

Deborah van de Leijgraaf
Den Hoorn, Zuid-Holland, Netherlands
Bora is a short name for Deborah van de Leijgraaf. Sheʼs working now for 11 years as a designer for children books, cards and fabrics. In 2002 she graduated at the Willem de Kooning academie. Back then Deborah never imagned in her wildest dreams that she would have a succesfull design studio and shop full with happy fabrics, cards, posters and more of her own designs. She's a busy bee who loves her work, but also wants to keep a balance and enjoy her family life with 3 kids. They give her a lot of inspiration and joy.